We are just a few days away from the first week of May. And for those of us here in South Texas, and festival fans around the world, it means that the lineup for the Austin City Limits Music Festival is just around the corner. It’s an exciting time to see who will headline one of the last big festivals of the year in the live music capital of the world. But this year brings an unprecedented headliner: COVID-19.

The novel coronavirus has proven to be one of the most life-altering events to happen to the entire world. Given its highly-contagious nature and higher-than-normal mortality rate, it has brought nearly every single human being in the world to shelter at home. More importantly, people are asked to social distance in order to stop the spread of the virus that has taken over 200,000 lives. This has shut down nearly every business in the world that is deemed non-essential.

While there are talks of reopening the economy here in the United States already happening despite the lack of mass testing and having no vaccine, it is unsurprising to know that large gatherings are not even being mentioned. It would be extremely dangerous to have any sort of gathering that exceeds a small group of people – much less a music festival that brings together around 450,000 people over two weekends each year. It is true that the virus has been showing signs of slowing down, but it has been quite unpredictable. Health experts have mentioned that a surge will happen near winter-time whether we have returned to normalcy or not. 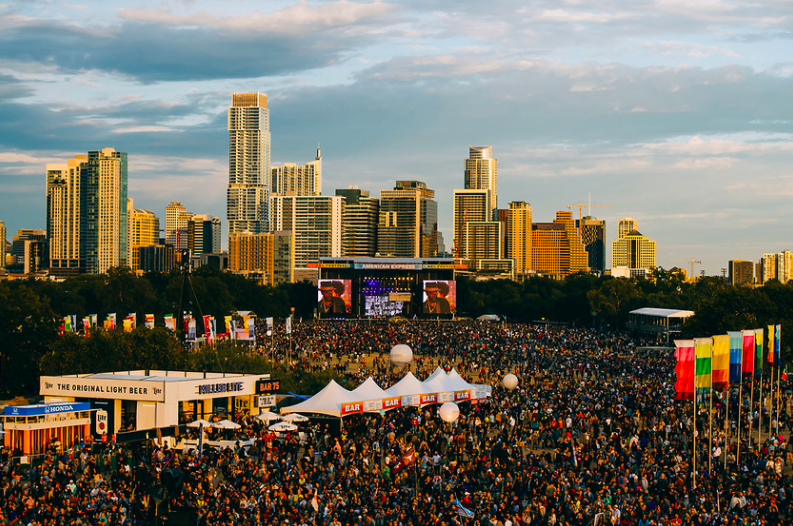 Many other festivals have already made changes. Coachella postponed its two weekends to October, actually overlapping with the second weekend of ACL. Bonnaroo pushed its festivities from early June to late September. Others, such as Hangout Fest and Glastonbury, have opted to completely cancel their events. Lollapalooza did something that ACL should definitely consider: delaying their lineup announcement. Furthermore, ACL should look into skipping 2020 altogether before some hassles ensue.

Announcing their lineup like usual would create unwarranted excitement. The kind of excitement that a child might get when they look through the window at a convenience store to see their favorite candy in the world just to look at the door with the hanging sign saying CLOSED. It would be depressing to see what could have been. It just wouldn’t be a good look. It would also give festival-goers a sense of hope. But it would be hopeless hope. Yep. That.

On top of that, there is a lot more that would turn out to be troubling for fans and the festival organizers. Canceling a festival is never an easy task – especially if tickets have already been sold and vacations booked. It actually has become a topic of conversation in the industry as many ongoing concert tours were reluctant to give fans an option to get their money back for rescheduled shows. It would affect a lot of people if the festival were to be announced and went on sale: both financially and mentally.

Being a little more optimistic and not-so-realistic, imagine the festival does end up happening. The lingering effects of COVID-19 such as the fear of crowds would be a catastrophic result for the festival’s attendance. It would be impossible to make it happen using any kind of precautions. It would take double the effort with half the result.

Overall, it just isn’t feasible to even think about concerts – let alone festivals – happening at all for the remainder of this year. ACL Fest, we love you, we will miss you, but we would rather see you next year.