Imagine Dragons are opening up about their upcoming sixth studio album Mercury – Act 2. In a new trailer, they detail the differences between the two albums that compose this duology.

The band is releasing this second part to Mercury on Friday, July 1. A compilation album combining both parts will also come out that same day.

“All of Mercury focuses primarily on life and death,” Reynolds continued. “How it affects you and how it affects how you view the world. The point that we want to get across with this record is to just let go. Everything doesn’t have to be so heavy and dark, even if it is.” 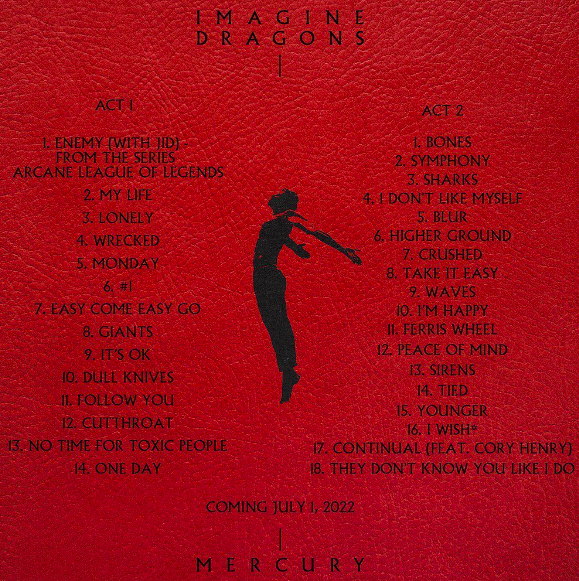 Rick Rubin served as the executive producer of the first album and is back for the sequel.

“Anybody that’s ever dreamed of becoming a recording artist has dreamed of being in that studio and working with that producer,” bassist Ben Mckee said about Rubin.

The Mercury World Tour is set to continue this fall in support of these two albums.

Check out the trailer below.